Hmmm there seems to be a problem fetching this series right now. Last successful fetch was on November&nbsp21,&nbsp2022&nbsp11:35 (

What now? This series will be checked again in the next day. If you believe it should be working, please verify the publisher's feed link below is valid and includes actual episode links. You can contact support to request the feed be immediately fetched.

On today’s episode of the Financial Independence Podcast, I finally got to interview the person who introduced me to the concept of financial independence and early retirement in the first place…

To my mind, Jacob is the founder of the modern-day “FIRE movement” so hope you enjoy the interview!

Mr. Money Mustache shares his financial independence and early retirement secrets in an interview for the Financial Independence Podcast! 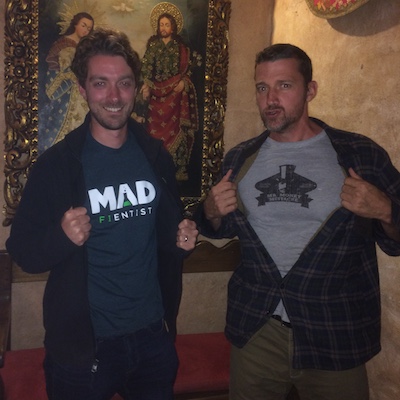 22d ago3w ago
Subscribe
Unsubscribe
Mensal+
The Instance: Weekly radio for fans and lovers of video games and the topics that shape the gaming world. We don't take sides, we don't whine, we just give you the facts, news and tips that you want and need for your favorite online addictions.
W
We Like Dota

17d ago2w ago
Subscribe
Unsubscribe
Mensal+
We Like Dota is a podcast about the casual Dota 2 scene, with segments such as the Hero and Item of the Week, E-Sports coverage, and Noobs Ask Noobs questions.
T
The Autoblog Podcast

10d ago1w ago
Subscribe
Unsubscribe
Semanal
The Autoblog Podcast is one of the oldest and most-listened to automotive podcasts anywhere. The show features a rotating panel of editors and guests hosted by Editor-in-Chief Greg Migliore. The gloves come off and the lively discussion has everything from the most important news of the week to the best and worst cars we're driving. The show traditionally wraps with the popular Spend My Money segment. With nearly 700 episodes, the podcast is a must-listen for automotive enthusiasts everywhere.
G
Giant Bomb Presents

18d ago2w ago
Subscribe
Unsubscribe
Mensal+
We promise we are not as Horrible as you think at video games, well maybe. This is a podcast based on current video game culture and much more. Join us for a whole new experience with gaming, we’re not your average gamers we are The Horrible Gamers!
J
Jimquisition

6d ago6d ago
Subscribe
Unsubscribe
Semanal
Let’s Drone Out is a light-hearted and chatty drone focused podcast. Recorded live and interactively every Thursday 8-9 pm UK time on YouTube, come join the interactive chat. Jack and his wife Tony, as well as the rest of the LDO crew are here to bring noobs and pros together. Tune in every Thursday at 8:00PM UK time for the latest on tech, events, news, interviews and a behind the scenes look into the hobby. ​LEGAL NOTICE: Any views expressed by any guests on this show are personal and may ...
M
Money Box

14h ago14h ago
Subscribe
Unsubscribe
Semanal+
The latest news from the world of personal finance plus advice for those trying to make the most of their money.
P
PS I Love You XOXO: PlayStation Podcast by Kinda Funny